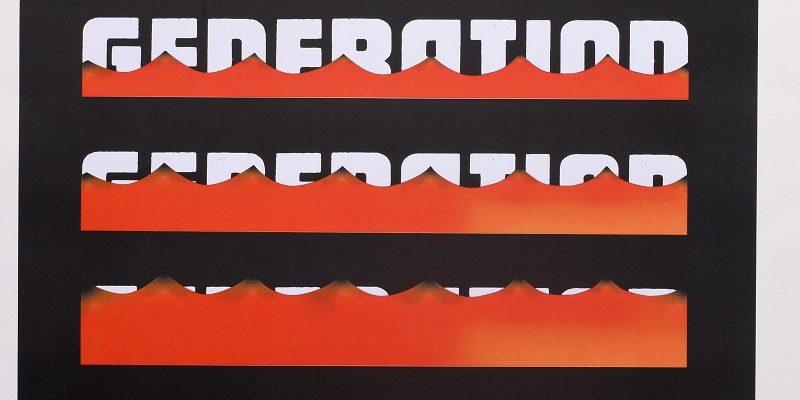 Richard Huish College’s annual Original Writing and Illustration awards took place virtually for the second year in a row on the 25th of November. The awards put both Huish and Year 9-11 students from local partner schools to the test, as they battled to create either a gripping story or innovative poster design across three competitions. This year, the theme chosen for students to interpret in their work was “Generation”.

Open to all Richard Huish College students, The Lucas Cup competition set the task of creating an illustration along the set theme of “Generation”. Entrants could present their idea as either hand drawn or digitally rendered depending on their preference. Graphic Design Course Manager and judge for the Lucas Cup, Tjark Schoenfeld voted Josh Chedzoy-Wilkins as the winner for this year’s competition. Tjark commented on Josh’s poster stating “Josh has created a very versatile design that demonstrates a maturity and understanding well beyond his age, a design that may well be remembered one day as a real classic, representing our generation and the challenges we face. A design that deserves wider recognition and a clear winner for the Lucas Cup 2021.”

The Brunner Cup, a writing competition for pupils from partner schools in Years 9,10 and 11 saw entrants given the task to create an original short story, dramatic monologue, play script or poem, using the “Generation” theme. This year’s rendition saw pupils from The Taunton Academy, Heathfield Community School, Court Fields School and Tiverton High School all take part in the hope of picking up the cup. The Huish English department were extremely impressed with all the entries and were delighted to see the range of interpretations by the young writers. This year’s prize winner for the Brunner Cup competition is Jack Layzell from Heathfield Community School who wrote a compelling poem matching the sounds of classical music to that of gods.

The final prize was the Ross Paterson Award, a creative writing award for Huish students offered in partnership with charity Get Home Safe. Get Home Safe was set up by Helen Evans and her friend Charlotte Pitman, in memory of Helen’s nephew Ross Paterson, a former Huish student who had a love for creative writing. The charity, which judged this year’s entries, were dazzled by the different pieces created by Huish students but ultimately awarded Naomi Sabel as the winner for this year’s edition of the Ross Paterson Award which will see her receive an £100 cash prize gifted by the charity.

To watch the virtual ceremony, the full list of prize winners and to view all entries shortlisted for the final round of the 2021 Original Writing and Illustration Awards please visit https://www.huish.ac.uk/about-huish/original-writing-and-illustration-awards/.