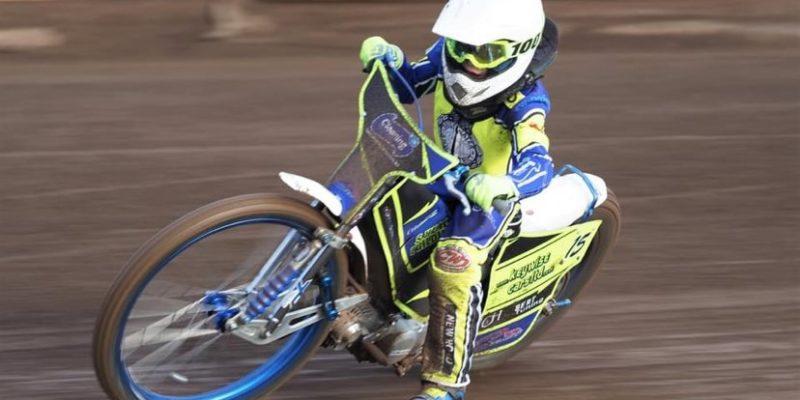 “As with most sports in the country there wasn’t much in the way racing for spectators over the past 12 months but that didn’t stop Oliver from getting in a few races behind closed doors, the majority of these were in the British youth Speedway championships where we had some good results regularly scoring points, Oliver did however save his best performance until the last race of the season at Belle Vue which is Manchester’s new National speedway stadium where he was riding in the 125cc B class as its his first year of competition, even so he managed to finish a creditable 2nd place on the night which he was very proud of.

Oliver has been very busy over the closed season training hard and would like to say thank you to James Luckman for the online training classes that he has been conducting getting a group of his ‘young guns’ fit and ready for 2021 !! Oliver has also spent time in the workshop getting the new bikes ready for the upcoming season and has now got some good equipment under him and proud to have them decked out with the Cleaning Solutions UK Ltd logo on the bike as Richard and the team have been a great sponsor to Oliver who really appreciates the help given to him from the company throughout the season.

Taunton Chamber of Commerce join ‘Team Bovingdon’ in wishing Oliver much success in his Speedway career – it was a real pleasure to meet him and hear him talk so passionately about his sport and his goals for the future. If you would like more information or would like to become involved with Team Bovingdon please feel free to contact Oliver’s father Chris at [email protected] or [email protected]

Any cookies that may not be particularly necessary for the website to function and is used specifically to collect user personal data via analytics, ads, other embedded contents are termed as non-necessary cookies. It is mandatory to procure user consent prior to running these cookies on your website.