At a basic level, a pension is a simple idea – you save money during your working life to fund your retirement.

The problem is that pensions are governed by layers of legislation built up to address different issues at different times, which creates complexity. So in 2006 the Labour government of the day simplified the tax system. Eight different pension tax regimes were streamlined into one, and annual and lifetime allowances were established to ensure we all got our fair share of tax relief.

However, many commentators believe constant government ‘tinkering’ with the rules over the past 14 years, particularly in relation to tax relief, has taken pensions far away from the aims of simplification.

Pension tax relief is controlled through annual and lifetime allowances. When introduced in 2006 the limits were £215,000 and £1.5m, respectively. After successive cuts in recent years they now stand at £40,000 and £1,055m, so that many commentators question whether both are needed.

“The irony of pension simplification is we have a system that is ridiculously complex – much more so than before,” says SimplyBiz Group head of pensions technical Keeley Paddon. “The fact there’s penal testing on contributions going in, and then again on benefits coming out, is unfair.”

Pension simplification in 2006 tried to make all pension schemes comparable, the state pension is an example of that. We had a system of mixed state pension ages in 2006 – it is simpler now. However, for other pensions this has been the cause of many issues, because not all schemes are equal and can be tested in the same way.

Changing working patterns and pension freedoms have meant many people access some of their pension before they retire. It makes sense for those in this situation to continue saving, but the Money Purchase annual Allowance (MPAA) imposes a limit on this.

The introduction of pension freedoms in April 2015 enabled people to access their retirement savings from age 55 and opened up choices beyond buying an annuity or income drawdown. However, with flexibility and the ability to make choices, comes complexity. Savers have to assess whether they should draw money using flexi-access drawdown, uncrystallised funds pension lump sum, full encashment or, where applicable, continue with capped drawdown (if drawing down pre-pension freedoms), if a guaranteed income is required, then using the open market for the most appropriate annuity can be appropriate.

Since 2015 over £28 billion has been flexibly withdrawn from pensions. Pension freedom and choice was said to be about giving people more control over their pension savings, but I’m sure it’s no coincidence that it also resulted in an acceleration of the tax payable. It is estimated that Pensions Freedoms has resulted in £5 Billion in additional tax to HMRC (Source: Canada Life), perhaps as a result of over 33% of people exercising Pension Freedoms did not take advice. Given the complexity and the massive tax revenues received by HMRC, this highlights the need to get the right advice.

This article should not be considered investment advice or an offer of any product for sale, it contains opinions of the author but not necessarily the Firm and does not represent a recommendation of any particular strategy or investment product. Information contained has been obtained from sources believed to be reliable, but is not guaranteed. Past performance is not an indicator of future benefits. 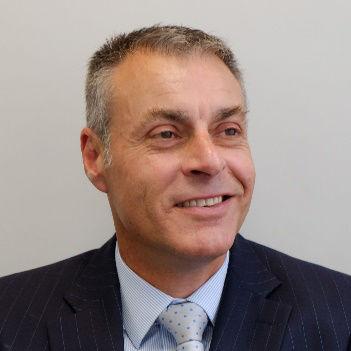